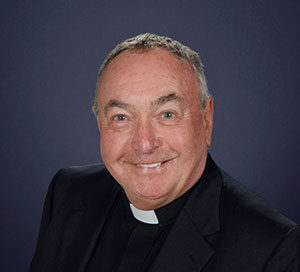 With their partners, they developed the “U.S. Catholic Climate Declaration,” which expresses the Catholic imperative to protect and promote human life and human dignity, especially among the poorest and most vulnerable peoples, by protecting our common home and acting on climate change.

The U.S. Catholic Climate Declaration is an expression of solidarity with the “We Are Still In” Campaign which began in June 2017, after President Trump announced his intention to withdraw the United States from the 2015 Parish Climate Agreement.

Over 2,600 institutions have joined the “We Are Still In” Campaign thus far, representing the largest cross-section of American society ever to support climate action.

As Catholic communities, organizations, and institutions in the United States, we join with state, tribal, and local governments, as well as businesses, financial institutions, and other faith organizations, to declare that we are still in on actions that meet the climate goals outlined in the Paris Agreement.

The Catholic Church has long recognized—and 55 years ago Pope Paul VI eloquently described—the tragic consequences of unchecked human activity (Laudato Si’, 4). This reality includes the problem of excess greenhouse gas pollution and the reality of human-forced climate change. In 2001 the U.S. Bishops said that “global climate is by its very nature a part of the planetary commons,” and that prudent action must be taken to protect it (U.S. Conference of Catholic Bishops, Global Climate Change: A Plea for Dialogue, Prudence, and the Common Good, 2001). On numerous occasions Pope Benedict XVI and Pope Francis have called for an international climate change agreement.

Climate change is an urgent moral issue because it compromises the future of our common home, threatens human life and human dignity, and adds to the hardships already experienced by the poorest and most vulnerable people both at home and abroad. We teach that governments exist to protect and promote the common good, and that “the climate is a common good, belonging to all and meant for all” (Laudato Si’, 23).

“[A]t its core, global climate change is not about economic theory or political platforms, nor about partisan advantage or interest group pressures. It is about the future of God’s creation and the one human family. It is about protecting both ‘the human environment’ and the natural environment. It is about our human stewardship of God’s creation and our responsibility to those who come after us” (U.S. Conference of Catholic Bishops, Global Climate Change: A Plea for Dialogue, Prudence, and the Common Good, 2001).

In December 2015, the leaders of 195 nations adopted the Paris Agreement that established a framework for nations to reduce carbon emissions to limit the increase in the global average temperature to well below 2°C above pre-industrial levels, and to avoid the most dangerous effects of climate change. The Holy See and the U.S. Bishops have repeatedly voiced their support for it.

As Catholic communities, organizations, and institutions in the United States, we join with other institutions from across American society to ensure that the United States remains a global leader in reducing emissions. We call for the Administration to join the global community and return to the Paris Agreement.

Here are some of the Covenant members who are leading the U.S. Catholic community in the call to care for creation and care for our vulnerable sisters and brothers:

Columban Center for Advocacy and Outreach

Association of Catholic Colleges and Universities

Sisters of Mercy of the Americas

I want to laud the work of our Parish Creation Care Team. This group of faithful people have been working hard to call attention to environmental concerns and helping to implement into action the words of Pope Francis’ encyclical, Laudato Si’.

I am happy to announce that, on behalf of our Parish, I have signed the “Catholic Climate Covenant” and with the help of our Creation Care Team we will continue to encourage all of us to engage in an “ecological conversion” so needed in our world today.

I close with the words of Pope Francis from Laudato Si’:

It must be said that some committed and prayerful Christians, with the excuse of realism and pragmatism, tend to ridicule expressions of concern for the environment.

Others are passive; they choose not to change their habits and thus become inconsistent.

So what they all need is an “ecological conversion,” whereby the effects of their encounter with Jesus Christ become evident in their relationship with the world around them.

Living our vocation to be protectors of God’s handiwork is essential to a life of virtue; it is not an optional or a secondary aspect of our Christian experience.